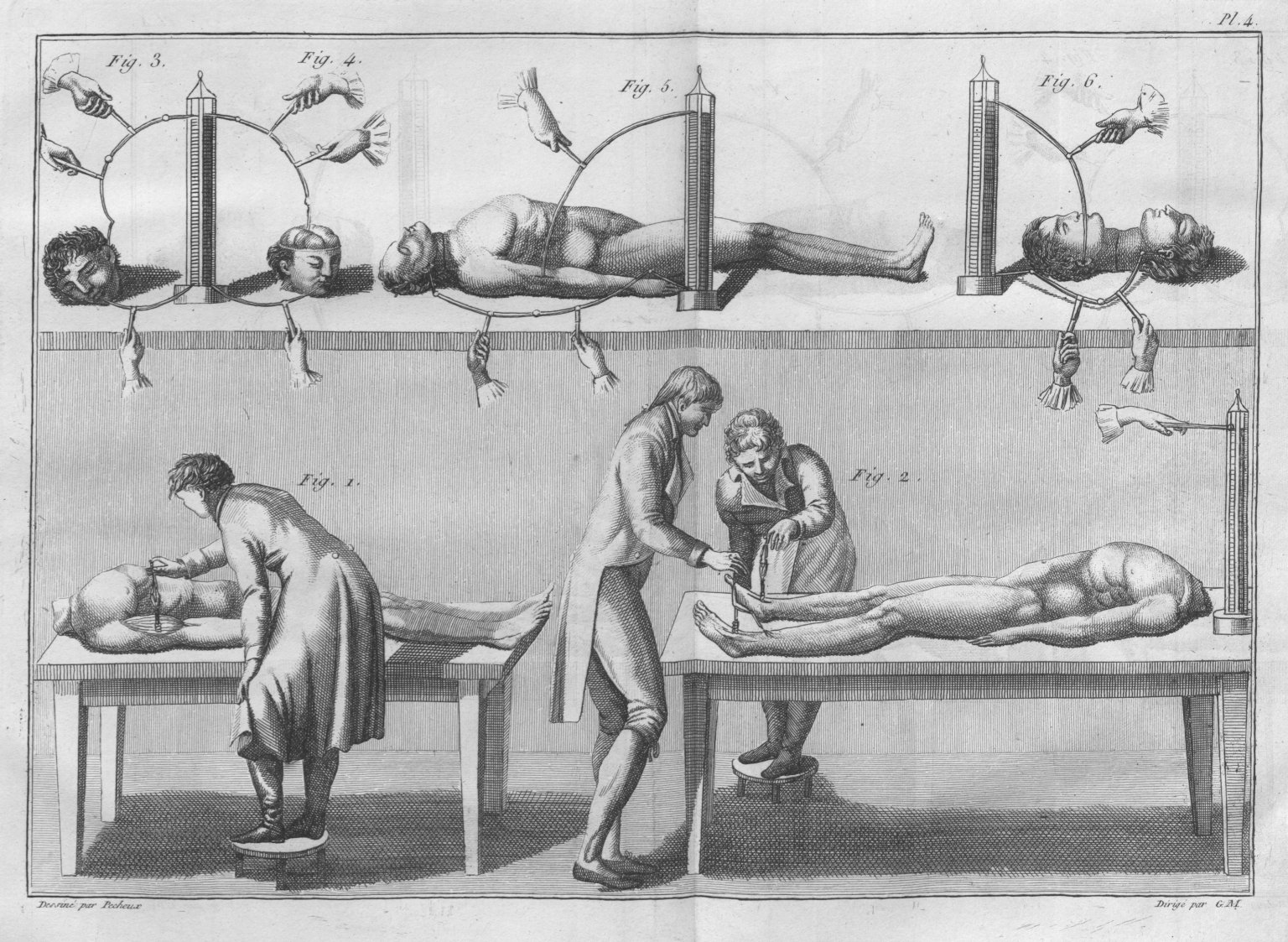 This nephew of Luigi Galvani conducted electrical experiments on corpses of decapitated convicts in Italy, 1802. At a public experiment at Newgate Prison in London in 1803, he applied an electrical stimulus to the body of executed murderer George Forster. One of the corpse’s eyes opened, his fist clenched, and his legs moved. Aldini conducted performances of electrical “reanimation” across Europe, using a variety of animal and human body parts.