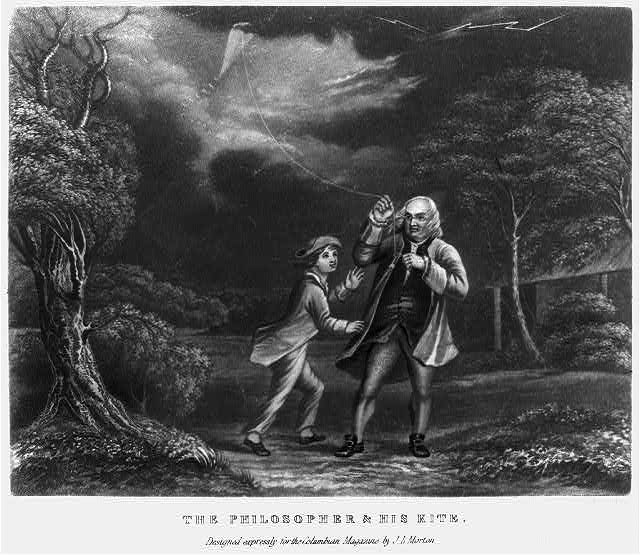 The lore of Ben Franklin and his son William flying a kite to draw down lightning during an electrical storm in 1752 had become iconic by the 1840s, when this engraving (by Henry S. Sadd, based on a design by John Ludlow Morton) was published in the Columbian Magazine, a Philadelphia “monthly miscellany.” Victor Frankenstein tells of his sharing such a boyhood adventure with his father in the 1780s. It was highly dangerous, harming or killing others who attempted it.