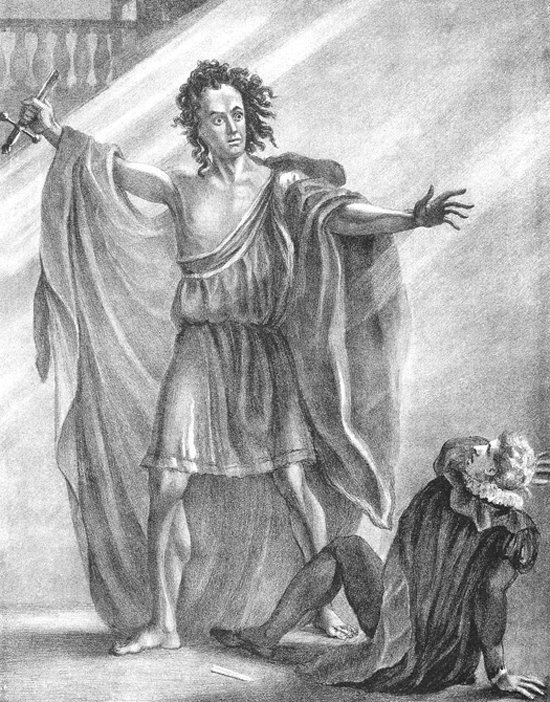 This production was staged at the Lyceum Theatre (English Opera House) in the summer of 1823 and starred, as the unnamed “being,” Thomas Potter Cooke, a prominent actor noted for his athleticism and good looks. The costume directions indicate “Dark black flowing hair—à la Octavian—his face, hands, arms, and legs all are, being one colour, the same as his body, which is a light blue or French gray cotton dress, fitting quite close, as if it were his flesh, with satin colour scarf round his middle, passing over one shoulder.” The poster exaggerates the Creature’s size. Three years before, in 1820, Cooke had been celebrated for his title role in The Vampire, a play based on another tale from the story-contest, June 1816, at Villa Diodati that produced Frankenstein. The author of that tale was John William Polidori, Lord Byron’s personal physician and companion.