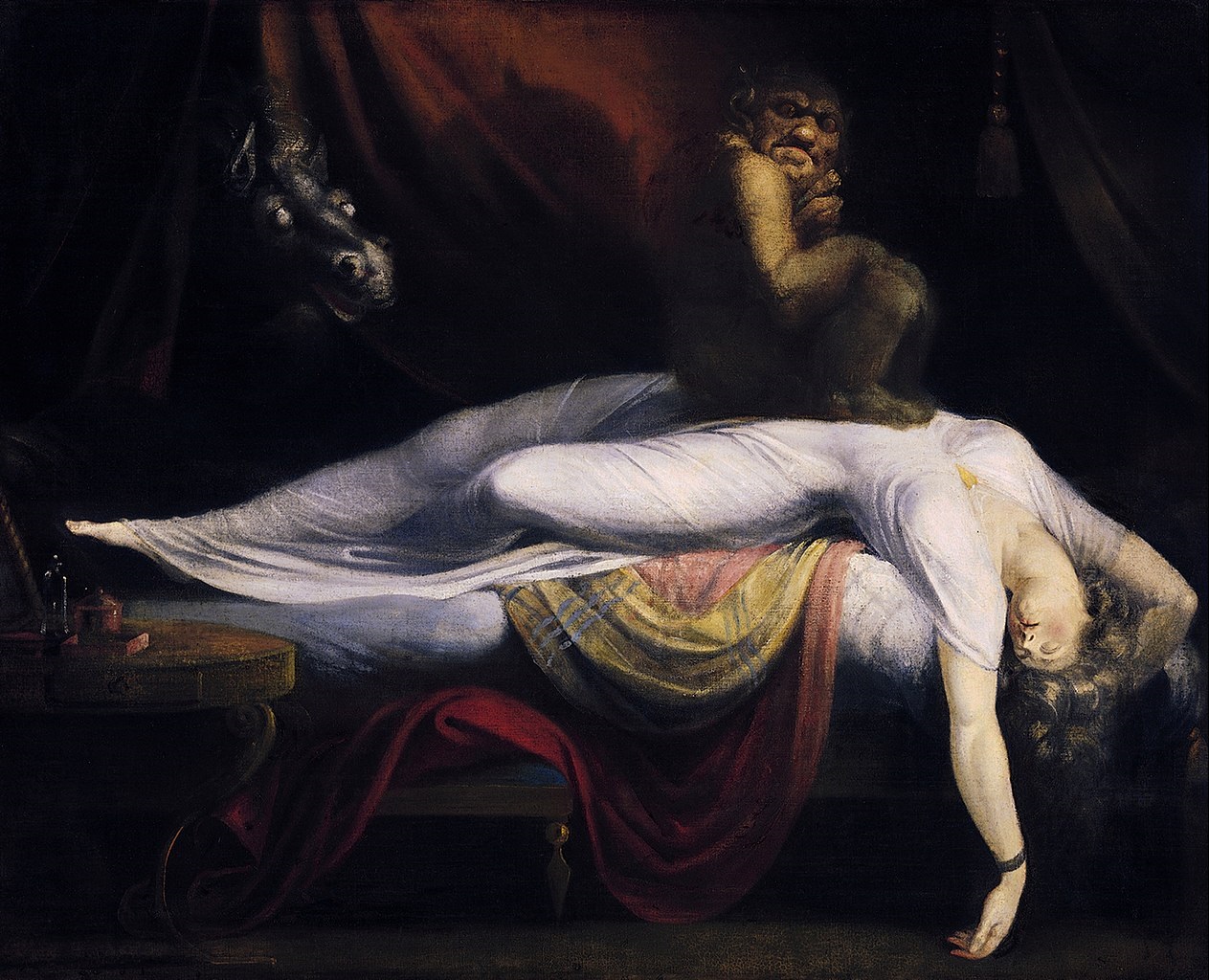 Fuseli’s art is notorious for erotic candor. When Mary Shelley’s mother, Mary Wollstonecraft, met Fuseli in 1788, she fell passionately in love, enjoying his company and correspondence so much that in 1792 she suggested (unsuccessfully) to Mme. Fuseli that they form a ménage. The Nightmare, one of Fuseli’s most famous paintings, interprets the psychology with two punning images: a “mare” (female goblin) presses heavily the womb of a dreamer, a spectacle on which a “mare” (female horse) gazes with blind or visionary eyes. The dreamer’s pose suggests erotic ravishment, desires released by the subconscious mind, and evoking demonic possession.
The Nightmare imprints Frankenstein three times. After Victor runs away from his newly animated Creature, he collapses into a sleep with a nightmare, a horror in which he embraces and kisses his bride-to-be, Elizabeth, who transforms into the corpse of his dead mother. He awakes to find the Creature looking menacingly through his bed-curtains at him. The second allusion occurs much later in his career. He has promised to create a bride for his Creature, who appears outside the laboratory and peers through the shutters in at his progress, and then is enraged to see Frankenstein renege and tear the uncreated being apart. The last time is of the corpse of Elizabeth, on her wedding night, murdered by the Creature who jeers at Frankenstein through the shutters of the window.